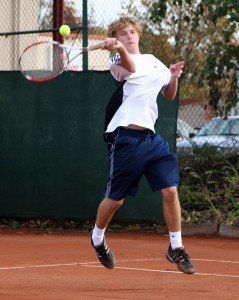 After reaching the goal in phase 1, it’s time for phase 2. The goal for phase 2 of tennis elbow rehabilitation is to improve the flexibility and to increase the strength and endurance at the same time increasing the functional activities until you can return the elbow’s normal function completely.

Phase 2 is divided into 2 parts; stretching and strengthening. In stretching, you need to be gentle and perform only gentle stretching exercises. You wouldn’t want to reinjure your elbow by trying to stretch it to the point that it starts to get painful. Stretching exercises includes wrist flexion, wrist extension and wrist rotation as you gradually increase your wrist’s range of motion.

While doing the stretching exercises make sure that you extend your elbow with your arm straight. This way you can maximize the range of motion as you stretch the wrist. Each stretching exercise must be held for about 20 to 30 seconds at a time and repeat this from 5 to 10 times per set at two sets a day. Just make sure that you don’t overdo this. If you start to feel pain with the range of your stretch, reduce the range a bit until it starts to feel more comfortable for you.

The second part of phase 2 is the strengthening exercises. Your elbow must be bent and your wrist must have a support while performing these exercises. Start with wrist extension exercises. Use a 1-lb weight and hold it with your hand facing downward. The forearm must be supported with your knee or at the edge of a table. Raise your hand up and down slowly make sure that your arm stays in its position and only your wrist is moving. Wrist flexion is similar to wrist extension but this time the hand must be facing upward. The forearm would still be supported by your knee or at the edge of a table. Slowly bend the hand up and down slowly making sure that only the wrist is moving. Forearm pronation and supination is an exercise where you hold the weights with your hand, forearm supported, and you rotate the hand in a palm up and palm down position but returning to the perpendicular to floor position each time. Finger extension requires rubber bands. Place the rubber bands around your five fingers and spread them while feeling the resistance from the band. Do this 25 times each set with 3 sets a day. Add more rubber band if the resistance is not enough. Ball squeeze requires a ball or a sponge, depending on the resistance you can handle. Squeeze the ball 25 times per set at 3 sets a day.

Phase 3 is the phase where you gradually return to your activity. Phase 2 exercises must be maintained. Only proceed to phase 3 if you have gained back the full range of motion of your elbow and the pain had subsided. Make sure to gradually return to your activity and don’t be excited as you may reinjure yourself again. Here is a link to a great Instructional Videos For Tennis Beginners (affiliate link). This 49 step-by-step tennis instruction videos covering all 6 basic strokes in tennis and will help you to avoid injuries and become a better tennis player.

Question: What kind of rehabilitation have you or anyone you know had for a Tennis Elbow? 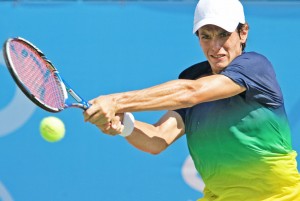 Treatment for tennis elbow aims to relieve the swelling and pain. There are several treatments that can be used to relieve the swelling and pain such as Chiropractic Rehabilitation, Physical Therapy,  Electrical Stimulation, Moist Heat, Ultrasound, Erchonia Pl 5000 Cold Laser, medications for pain relief that is non-steroidal such as naproxen or ibuprofen, local injection and using a splint to keep the forearm still. You can also try a guide, “Cure Tennis Elbow eBook and Step-by-Step System” (affiliate link) for self help if you don’t have the time to go to a doctor or resources to see one. Activities must be limited during treatment or rehabilitation until you are ready to start performing the activity again. If the pain persists after non-surgical treatments then it may require surgery.

In tennis elbow rehabilitation, there are 3 phases that are being followed. Every phase has a goal that must be reached in order to get to the next phase until you reach full recovery. Every phase is important and should not be skipped.

Phase 1 is done during the acute stage of the injury or the onset of pain. The goal in this phase is to decrease the pain and swelling, promoting healing of tissues and to retard the muscle atrophy. The RICE principle is followed during this phase.

Rest to avoid any further overuse of the elbow. You should maintain your activity level but avoiding any activity that would aggravate your injury. Complete rest won’t be good as this could lead to muscle atrophy. Just be sensitive with your body, if you feel pain with a certain activity and level, avoid it.

Icing is recommended when there is inflammation as it slows down the metabolism of that body part and helps in relieving the pain and spasm of the muscles. You may need to ice the elbow during the entire process of rehabilitation as long a swelling is present.

Compression limits the swelling but you should not compress the body part too tight as this would cut off the circulation. Wrapping a bandage around the injured area is the most common way of compression. If you feel like you wrapped it too tight or you feel throbbing, rewrap it and make it a little looser.

Next is to elevate. Compression and elevation are two powerful tools in keeping the swelling in its lowest level as possible. Compression helps in minimizing the swelling volume while elevating the elbow would use the gravitational force to its advantage and assist in the fluid return to the veins that causes the swelling. If swelling is minimized, the secondary trauma would also be minimized.

After phase 1 you can proceed to phase 2 & 3 once the goal had been reached when there is a significant decrease in pain and inflammation and tissue had healed and muscle atrophy had been minimized. 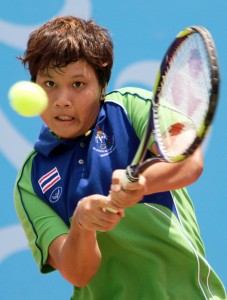