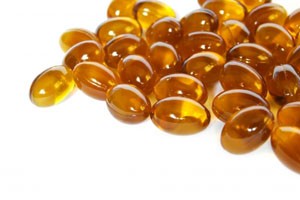 Fish is one of the healthiest foods for mind and body which has been led to fish oil supplements and became one among the most popular supplements around the world. For this likely reason, fish oil is one of the best sources of nutritional supplements with plenty of benefits. Fish oil capsules benefits include decreasing the risk of heart disease as well as stroke while it also helps to reduce symptoms of depression, hypertension, arthritis, attention deficit hyperactivity disorder (ADHD), joint pain, and chronic skin ailments like eczema. Fish oil intake has also been associated with aiding the body infertility pregnancy, weight loss, and increased energy. Fish oil is the most sought supplement due to its richest nature – omega-3 fatty acids. While fish oil benefits are more numerous, here we can know few of them.

The fatty acids are essential for brain function that is found in fish oil which not only slow cognitive decline but also can help prevent brain atrophy from elderly people to adults. Fish oil will be used as a weapon to fend off the onset of cognitive decline and Alzheimer’s disease.

Fish oil tablets can also help to prevent and kill various cancers, including colon, prostate, and breast. The fish oil is rich in n-3 polyunsaturated fatty acids has been

preferred to chemo sensitize tumor cells to anticancer drugs. Omega-3 which is present in fish oil can also treat breast cancer, the most prevalent cancer among women.

Fish oil supplement will reverse all anxiety-like and depression-like behavior changes. Fish oil is famous for critical periods of brain development. This is exactly why it is recommended for kids. They can help the children to stay away from anxiety or depression in later life.

Many members of the medical community will believe that the levels of omega-3 fatty acids may bring about the symptoms of ADHD related developmental problems as well as many other mental health problems over the human lifetime. Children from 6 to 12 years of age involved with ADHD who were being treated with methylphenidate and standard behavior therapy for more than six months, may improve literacy and behavior by increasing omega-3 intake, specifically, DHA. Fish oil shows its effects on brain function, which makes sense when you consider that 60 percent of the brain is composed of fats.

Fish oil can also help to reduce the risk of diabetes from developing cognitive deficit because it protects the hippocampus cells from being destroyed. Fish oil could help to reduce oxidative stress, which plays an essential role in the development of diabetes complications, both micro vascular and cardiovascular

The health benefits of fish oil are more incredible for the body’s largest organ, the skin. The source of essential fats will improve the health and beauty of human skin in several ways. Fish oil has many benefits and nourishes the skin with fats and contributes multi – essential vitamins that will help the skin to maintain a smooth and elastic texture. Fish oil has plenty of benefits, when you use fish oil along with the proper diet and physical activity you can dwell a healthy life throughout your future. 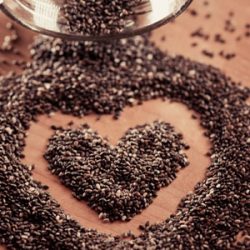 Chia Seeds Superfood and Health Benefits for a Human Body

Chia seeds are tiny black seeds from the plant Salvia Hispanica, which is related to mint. This plant grows natively in South America. Chia seeds were an important food for the Aztecs and Mayans back in the day. They prized them for their ability to provide sustainable energy … in fact, “chia” is the ancient Mayan word for “strength.”

Despite their ancient history as a dietary staple, only recently did chia seeds become recognized as a modern day superfood. In the past few years, they have exploded in popularity and are now consumed by health conscious people all over the world.

Chia Seeds were largely unknown in North America until researcher Wayne Coates began studying chia as an alternative crop for farmers in northern Argentina about 29 years ago.

Coates started his work on chia in 1991, and since then has become an advocate of the tiny seed’s health benefits. The human trials are limited —as is often the case with food research— but the anecdotal evidence of chia’s positive health effects include boosting energy, stabilizing blood sugar, aiding digestion, and lowering cholesterol.

Chia seeds are among the healthiest foods on the planet. They are loaded with nutrients that can have important benefits for your body and brain.  Chia Seeds are rich in fiber, omega-3 fats, protein, vitamins and minerals such as:

This is particularly impressive when you consider that this is just a single ounce, which supplies only 137 calories and one gram of digestible carbohydrate! Just so that we’re all on the same page, 1 ounce equals 28 grams, or about 2 tablespoons.

Interestingly … if you subtract the fiber, which may not end up as usable calories for the body, chia seeds only contain 101 calories per ounce. This makes them one of the world’s best sources of several important nutrients, calorie for calorie.

8 Super Facts of Chia Seeds from Scullivan
Chia seeds used to be a niche ingredient you could only scout out at health food stores next to the hemp seeds and spirulina. But chances are you can now find chia at your local supermarket, in everything from granolas and cereals to yogurts and energy drinks. You can find it at restaurants, too: Chia pudding has become a mainstay at trendy cafés and luncheonettes like NYC’s Dimes and L.A.’s Café Gratitude. Want to enjoy them at home?
Lemon Cake with Chia Seeds from Tastes of Health

Buying Tips
You can find chia at any Whole Foods Market, health food stores, and well-stocked supermarkets like Kroger. Some of the more widely available chia seed brands include The Chia Co., Nutiva, and Bob’s Red Mill. All chia seeds are naturally vegan and gluten-free, but check the packaging if you want to buy seeds that are certified organic and non-GMO. Look for seeds that are either a speckled black or white, but not uniformly brown. The Chia Co. founder John Foss explains brown chia seeds are immature seeds that haven’t had a chance to mature properly, and this can result in fewer nutritional benefits and give the seeds a bitter taste.

How to Store
Chia seeds have a long shelf life, and will keep for several years when stored in a cool, dry place. Easy! 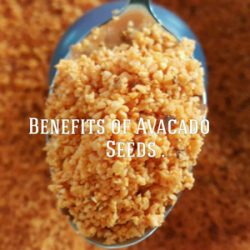 Avocado Seeds and Health Benefits for a Human Body

Everyone knows about Avocados and and many delicious dishes one can prepared. But did you know that Avocado Seeds are full of great health benefits. When crashed in a food processor the mixture can be added to morning smoothies as well as delicious fruit snack.

Avocado Seeds have more antioxidants than most fruits and vegetables  on the market and polyphenols like green tea. They are full of more soluble fiber than just about any other food which is great for your digestive system.

Avocado Seed is a great for anti inflammatory properties of the GI tract and helps to fight diarrhea too! In fact in South America Avocado Seeds are used for dysentery and other GI tract problems. Avocado Seeds has lots of phenolic compounds that help to prevent gastric ulcers, and prevent bacterial and viral diseases.

Avocado Seed Oil has been shown in studies to increase collagen in your skin thus helping to keep your skin looking young and wrinkle free and will make your hair shinny and help get rid of dry dead skin.

Avocado Seed Extract studies show that it lowers blood glucose and helps you lose weight. Avocado Seed grated, roast, and made into a tea is really great for asthma.

So, the next time you cut in the fleshy, nutrient-packed goodness of an avocado, don’t be so quick to throw the seed away.