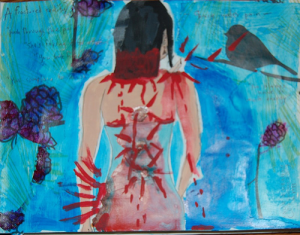 Chiropractic, since its main purpose is to prove the theory of how the central nervous system balances and controls the over-all health of an individual serves as an ideal treatment method for those suffering from this debilitating condition.

Fibromyalgia often goes unnoticed and undiagnosed by medical doctors and sometimes it takes as long as five years before an individual suffering from it becomes aware of the fact of the existence of this condition. A good chiropractic will diagnose this condition through good communication with the patient. The holistic approach of a chiropractic helps greatly in easing the way for the diagnosis this painful disease.

After diagnosis, the chiropractor will then make the necessary adjustments to the entire spine. Spinal manipulations are also done using the hands, which consists of sharp, short thrusts that always produces a popping sound, which is caused by nitrogen gas release from a vertebral joint capsule. The aim for these adjustments to the spine is to correct a subluxation that has occurred in the spine. Once the patient’s spine is properly aligned, the pain and other symptoms of fibromyalgia will be greatly reduced together with the other difficulties such as fatigue, weakness and difficulty in sleeping.

Herbal and homeopathic treatments are also encouraged by the chiropractors to their patients, coupled with a change in lifestyle, sleep habits and engaging in a healthy diet. Individuals afflicted with fibromyalgia will feel better in no time.

In reality, there is still no definite cure for those suffering from this painful condition, but with the help of chiropractics, patients suffering from it have reported a sharp decrease in symptoms and have improved their quality of life. Chiropractic is definitely helping people with fibromyalgia enjoy life to the fullest by almost eradicating its numerous symptoms.