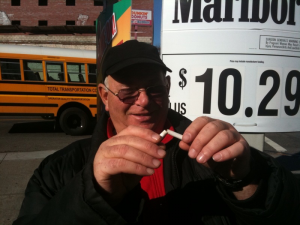 I had all the necessary tools and enough knowledge about anatomy and physiology of the body to figure out how to fix the problem. After reading PDR (Physician Desk Reference) I could not  believe how ignorant his doctors were. All of his prescribed blood  pressure medications had serious side effects. During a prolonged period of time taking these numerous blood pressure medications my dad has developed a variety of other problems.

One of the most serious symptoms was failing kidneys. His kidneys were leaking protein into a blood. I am not going to go into the significance of this pathophysiological effect, but the long term outcome was fatal. Yes, my dad was going to die if things would not be stabilized in his system any time soon. The main reason why he stayed with me for the entire month was because he thought it would be our last time together.

I had a huge poster in my room of a human body and how nervous system controls every single organ in our body. I knew that it would be a good starting point of educating my dad how smoking is effecting his health. Every day for thirty days I would take a cigarette from him, bring to the mouth on the poster and explained to him how damaging it is  to his health and how each organ is be stressed because of him smocking. I told him that if he continues this way he might not have much time left in this world. Believe it or not he listened to every word  that I was telling him. I have ordered special supplements for kidney support for Standard Process (Nutritional Company) and I have also changed his diet. I have also provided chiropractic adjustment to his spine every other day. As you already know a good functioning nervous system makes your system work better.

After about five days of education my dad  did not light up the cigarette for the entire day. When I got home from school he told me that it was
the most difficult day in his life. Yes, he had nicotine withdrawals.  I have informed him that each day it will get easier if he keeps it up this way. His desire to live life was stronger than the desire to smoke another cigarette. He understood what I was saying to him every single time while he was staying with me in California. When the time came for him fly back home to New York City he felt much better, refreshed, hopeful, happy, and energized with a new hope and a new chapter in his life. He was looking for forward to a new beginning.

I was afraid when he gets back home he will start smocking again.  During conversation with my mother I asked her if dad had been
smocking. She informed me that he can not even look at cigarettes and hates when someone smokes around him. Every time I come to visit my parents in NYC I jokingly asked my dad if he wants to smoke. He replies: “I don’t understand how people can hold that disgusting poison in their mouse. It is a slow death.” These words came from a guy who smoked for 30 years.

This event took place over ten years ago. Ever since my dad quit smocking he has not been taken to a hospital E.R at all. The health has normalized and his kidneys function have returned  to normal. I could probably say that Chiropractic saved my dad. I am writing this post from NYC from my parents home while I am visiting them. The photo above is the real photo of my dad that was taken  from my I Phone about an hour ago.

Question: Do you want to quit smoking? What stops you? How does smoking affect your life? 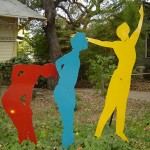