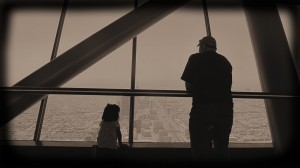 Daddy is just as important to the baby as the mother is, so here is why your baby needs you as equally as momma! It is true that mothers become the focal point in the early stages of a baby’s life, while daddies are often not counted into the picture.

However, research indicates that although dads have independent roles from the mothers, they are just as special and important to the development of the baby. They might not be the ones to give birth or breastfeed the child, but according to psychologists and child experts, fathers must spend as much time with their children as possible by playing with them, talking to them, listening to their excited gurgling and laughing with them to cement the bonding between the father and child.

In a typical scenario, it is seen that dads usually come home late in the evening and are mainly seen at the dinner table, spending a bare minimum of time with the children and at best being at home during the weekends. It is important that society stops typecasting fathers as just providers, as their physical and emotional presence is just as vital to the child’s overall growth and bonding with the entire family.

A soon-to-be new dad does not have to wait until the child is born to commence the bonding procedure, as fathers can initiate the bonding process with their babies even before they are released into the world. Research indicates that babies inside the womb can differentiate between a father’s voice and that of a stranger’s tone. Child psychologists point out that babies are intelligent and highly responsive even before they are born, which means that a father does not necessarily have to sing to the baby by putting the head on the mummy’s tummy. It is important to be as close to the partner during pregnancy to develop the bonding between the child and the mother.

Child experts also recommend that after the baby is born, fathers must spend one-on-one time with their new-borns in order to recognise and understand baby cues. By being alone with the baby and having a quality one-on-one time with their infant helps in concentrating what the baby is doing and learning from their behaviour on what they could be thinking. To understand what the baby is going through it is important to get to know your baby well enough through personal bonding and not rely on your partner for updates.

Another study conducted in Australia revealed that a father’s parenting style played a huge influence on the weight of preschool children. It was revealed that dads who laid clear boundaries with their children were seen to have kids with normal weight, as compared to children with a higher BMI who had indulgent fathers. The study revealed that children were more likely to be overweight if their fathers were too strict or too lenient; as compared to fathers who loved them while at the same time had set boundaries as they were growing up.

A father who has brought up his daughter with loving care and interest indicates that she will also have a warm and enduring relationship with her husband. In numerous cases it has been seen that when a father is not present while the child has been growing up or has been detached or uncommunicative, young women tend to be more promiscuous as they are looking for love and attention elsewhere. Boys on the other hand turn out to be respectful and loving men if they have had a trusting and warm relationship with their father.

Author Bio: Malvika, a working professional and blogger but that doesn’t prevent her showing her writing skills in different fields. She has written reviews for many products like Baby Monitors, Pregnancy Pillows etc.