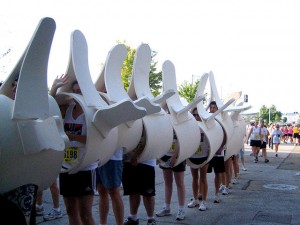 The age of strictly divided opposites seems to be going to history. In their each individual progress, various branches of human activity seem to be approaching one another and becoming more all-encompassing. At the same time, the binary oppositions such as mind and body, and many others, are finally starting to be seen as to sides of the same thing and are being approached accordingly.

With the rising of consciousness comes the rise in popularity of holistic methods. So what are they and how they function? First of all, as the name implies, the approach includes all aspects of health, physical, mental and emotional, without excluding anything, treating all the aspects. This type of medicine is sometimes called complementary or alternative, but again, as the name implies, it by no means excludes the mainstream medicine and treatments. Some of the treatments are quite ancient, such as acupuncture and ayurveda, others have become more popular in the last few decades, such as homeopathy, and some are quite new, such as Feldenkrais; learn more about the last one in this article https://www.fixbodygroup.com/feldenkrais-san-diego-benefits/. In any case, here’s a brief overview of the most popular ones.

This is probably the most well-known holistic method, which is several thousand years old and comes from traditional Chinese medicine. It’s base on the belief that the life energy, also known as qi or chi can be balanced by needling the key meridian points. The meridians, that is, energy channels lead to the body organs. There are around 500 acupuncture points, 100 out of which are most commonly used.

This treatment is good for stress and pain relief, and it’s efficient with conditions such as rheumatoid arthritis, osteoarthritis, back pain, neck pain, migraines, fibromyalgia, nerve pain, and other.

This method is predominantly used as a pain relief for back, neck, joints, bones, muscles and connective tissues. The chiropractors use the skill they have in their hands for spinal manipulation and similar treatments for proper musculoskeletal alignment of the body, especially that of the spine, which is believed to be the key to enabling the body to heal itself, and therefore spare you any surgical action.

This treatment can help you with the back pain caused by irregular body posture, sports injuries, and accidents; also with joint paint, headaches, neck pain and any other similar problems.

This holistic approach is somewhat similar to chiropractic as is based on the belief that the right alignment of the musculoskeletal system is key to good health, as that system supports organs, and is connected with nervous, circulatory and digestive systems. While chiropractic focuses mostly on the spine and joints, osteopathy has a slightly wider scope of treatment. The healing principle behind osteopathy is reaching homeostasis, the equilibrium of the organism, the absence of which is the cause of many health problems, through proper alignment of the musculoskeletal system.

It was developed by an American doctor, Andrew Taylor Swift who was looking for a more efficient method to help his patients. As already mentioned, osteopathy can a wider use and can be applied to patients with respiratory, digestive and other problems, not only ailments related to spine and joints.

This holistic practice is becoming more and more popular, though it’s often the subject of various controversies, being accepted and refused as the official medical treatment in various countries. It is based on the principle of similarity, something like an antidote, claiming that the cause of the illness in a healthy person is the cure of the disease in the ill person. It’s been developed by Dr. Samuel Hahnemann in the 19th century thanks to his discovery of the connection between cinchona tree bark and curing malaria.

This treatment is suitable for a wide range of illnesses, from light ailments and symptoms to deadly diseases such as cancer. It focuses on eliminating the cause of disease, which is very often the combination of physical, psychological and emotional factors, rather than just relieving the symptoms.