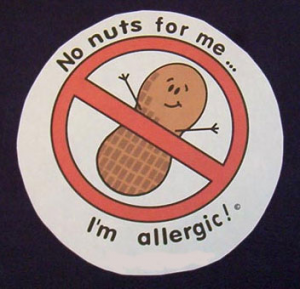 Food Allergy vs. Food Intolerance In a Human Body

With awareness of food allergies becoming more common, many people may be confusing the food-induced symptoms they have for allergies when in fact they have an intolerance. What is the difference between a food allergy and a food intolerance?

Allergies are triggered by the immune system mistaking food proteins as an infection threatening the body. The immune system produces chemicals to combat the supposed infection, and these chemicals cause the allergic reaction. Symptoms commonly include itchiness of the mouth, throat, or ears, hives, and facial swelling around the eyes, lips, tongue, or roof of the mouth. Severe reactions can cause life-threatening breathing problems with anaphylactic shock. The severity of a reaction can vary with each exposure.

There are two basic versions of food allergies. The most common version is triggered by the antibody known as immunoglobulin E. The symptoms occur rapidly after exposure, often within minutes or even seconds, and there is a greater likelihood of anaphylactic shock. The other version is called non-immunoglobulin E, with symptoms exhibiting hours or even days after exposure.

There is no cure for food allergies, but milder symptoms can be treated with antihistamines. Adrenaline pens are prescribed to patients at risk for anaphylactic shock. There are home tests available, but it is critical to properly identify the allergic foods in order to control reactions, so you should be properly tested and diagnosed by a specialist. Many children outgrow their allergies by the age of five, particularly allergies to milk, eggs, soy, and wheat. Allergies to peanuts, tree nuts, seafood, and those that began in adulthood are generally lifelong allergies.

Food intolerance, on the other hand, is not an immune system issue but a digestive issue and is never life-threatening. Symptoms commonly include diarrhoea, bloating, and cramps. It is caused by the body’s inability to digest certain substances. One of the most common intolerances is to lactose. This is caused by the body’s lack of the lactase enzyme which breaks lactose down, so the lactose remains in the system long enough to be fermented by bacteria; the fermentation creates the symptoms.

Intolerance symptoms usually start several hours after the food was consumed. While a trace amount of an allergic food can cause a reaction, intolerance usually happens after larger amounts. Elimination of triggers may not be necessary; sometimes small amounts digest fine. It is up to you to determine what you can handle, but be aware the amount may change with age.

Dr. Gillian Hart is a Scientific Director for YorkTest Laboratories who specialise in food intolerance testing and allergy testing to help people who suffer with irritable bowel syndrome symptoms and wheat intolerance symptoms.