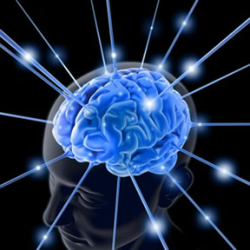 Alzheimer’s Disease and  its Warning Signs

This is a guest post by Josh Anderson.  According to the Alzheimers’ Association, someone in the world is diagnosed with Alzheimer’s Disease every 70 seconds. Little is known about this debilitating disease and although it is genetically linked, there is no specific race, nationality or sex that it is directly linked to. Everyone is just as susceptible as the next person.

However, scientists have discovered that Alzheimer’s Disease is caused by a chemical change to the neurotransmitters in the brain, which leads to the “loss” of brain cells. Once this change occurs, the disease interferes with how the brain brain functions. Mental abilities then begin to deteriorate. Cognitive functions such as memory, reasoning and perception are usually severely affected, but physical functions, such as muscle or organ control can also be affected. Here are some of the most prominent warning signs of those afflicted with this terrible condition.

It’s not uncommon that while someone can seem to remember something that happened in their childhood, they easily forget just what they did the day before.

It can often become hard to understand sequences of numbers, including days and months. A simple cooking recipe or instruction sheet can become a challenge too.

An average task, such as grocery shopping or remembering to take medication, can become very confusing and hard to follow for someone with Alzheimer’s.

Besides losing track of important dates, time spans become altered in many patients. Often, one will live in the past and mistake people for relatives that have departed. They also, at times, cannot remember where they are or who they are with.

Not only does eyesight deteriorate, perception is altered. For instance, someone with Alzheimer’s might perceive people on television or a reflection in a mirror to actually be in the room.

Conversations may become repetitive, and it can be hard to follow what others are saying. As the illness progresses, often times one will just “ramble” on, lose track of what they are saying or “babble” without making any sense at all.

Priorities, such as daily hygiene, often become forgotten, while something frivolous like watching television or feeding the birds over and over again becomes priority.

Strange but true, many suffering from Alzheimer’s constantly shuffle when they walk, without picking up their feet, and not just when they are tired.

Quite often, someone will state that “you just don’t understand them” and outbursts of anger will erupt even in the gentlest of people, and physical confrontation is possible.

Even the most mild-mannered among may cuss like a sailor, especially during emotional outbursts. Don’t be surprised to hear things you never imagined.

Even though as the body ages, it requires less sleep, a person with Alzheimer’s may just take frequent naps, avoiding sleeping overnight all together.

People with Alzheimer’s become paranoid believing that others want to do them harm, are stealing from them or strangers are “after” them.

Many will wander from their home to look for the home they “remember” from the past and can get lost even routes all the time.

Alzheimer’s occurs differently with everyone. In some, the progression is very sudden, while in others, warnings can plateau years down the road. Unfortunately, death usually occurs within 7-10 years of the onset. Professionals use a 7-stage scale to determine the severity of the case, with #1 having no cognitive decline (otherwise normal), while #7 will be marked by severe cognitive decline. If diagnosed at an early stage, there is some medication available to slow down the progression, but no cure. 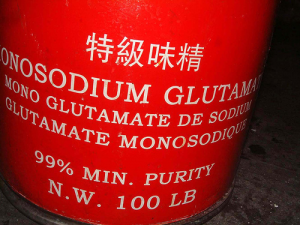 Previous post was about Aspartame and how dangerous it is for your health. Today I would like to talk about other food additive that is extremely dangerous for your health. This additive is found in every fast food chain restaurants and food stores – MSG or Monosodium Glutamate. This is not the first time you hear about this brain cells excitatory and then killing compound. MSG adds a great flavor to your taste buds but takes away years of your life, just like smoking, drinking alcohol, consumption of High Fructose Corn Syrup, and Aspartame containing products. Many manufacturers are adding Monosodium Glutamate for a better taste of food. Your brain is being fooled by the excitatory effect of this chemical compound. For a very short period of time your brain speeds up and reacts sharply. People usually become addictive to the foods that have high concentration of MSG.

MSG and Your Brain

MSG has been found to be the cause of a great variety of human brain diseases – Alzheimer’s disease, Huntington’s disease, Parkinson’s disease, high blood pressure, stroke and even brain cancer. This product has also been linked to be the cause of an allergic reaction in patients who have asthma. Research proved that large quantity of MSG has caused the death of brain cells. The cause of death of these brain cells was the free radical production during chemical process that is taking inside of the cell. When this research was published, public forced baby-food companies to discontinue mixing MSG with the products that they produce.

There have been many reports from individuals concerning how eating foods with MSG affect their health in a negative way. In 1995, the FDA reaffirmed the safety of monosodium glutamate and found no evidence that it causes long-term health problems. The FDA did admit that some people could have short-term reactions to MSG. The negative symptoms of eating foods with this additive might include: headaches, the feeling of swelling in the face, flushing and or sweating, rapid fluttering of heartbeats or heart palpitations, nausea, chest pain, shortness of breath, numbness, burning or tingling around the mouth area, weakness, and fibromyalgia. Here is a guide to  “The Connection Between Fibromyalgia & Monosodium Glutamate.” (affiliate link) Fibromyalgia and Chronic Pain are complex conditions and difficult to diagnose. Severe or mild, let me show you how to eliminate the pain forever.

If you ate enough foods all day that contained MSG, it could build up in your body. This could lead to some of the symptoms mentioned above later at night including the heart palpitations. As people are now growing up eating more monosodium glutame containing foods, we could be getting more sensitive to it, which makes its reactions in our body worse when we eat it.

Every manufacturer hides MSG in their products by naming them differently. Please read the label carefully and look for the following names: hydrolyzed plant protein, yeast extract, sodium caseinate, malt extract, bouillon broth and protein concentrate. This chemical can also be found in the following products: milk products, soft drinks, candy, chewing gum, health drink powders, some medications and in binders for nutrients, supplements and both prescription and over-the-counter medicines.

Glutamate is a natural neurotransmitter in the brain. Its function is to control the nervous system and proper brain and organ function. When a person consumes food with high levels of MSG the brain cells and glutamate receptors get over stimulated. Many food producing companies state that monosodium glutamate exposed to the same metabolic process as glutamate from natural occurring food and therefore they claim it harmless to a human health. MSG glutamates are unbound and are able to quickly spike blood levels with glutamate.

High levels of glutamate will over stimulate brain neurons and as a result could be the cause of psychological and physical problems. Age, disease and stress level will be the factor of how sensitive the organism is to monosodium glutamate. There were reports of permanent brain damage with an overdose of this chemical compound. Glutamate receptors are found in the following parts of the body: brain, heart, lungs and the pancreas, where glutamate is a neurotransmitter.

Please read labels carefully before you purchase food product for a store. Remember – HEALTH IS THE MOST VALUABLE ASSET !!!