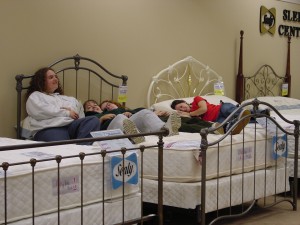 How to Have the Best Sleep: Chiropractic and Sleep

The Field of Chiropractic is a form of alternative medicine which is getting more attention nowadays. As with most alternative forms of medicine, chiropractic always get reactions full of skepticism and doubt. A lot of people considered chiropractic as a western form of acupuncture and oriental massage. A lot of individuals even find the field as a gimmick or a way for people to make a quick buck out of someone gullible enough to believe in some outlandish practice. Chiropractic, by definition, is the diagnosis and treatment of disorders that concern the musculoskeletal system.

Most practitioners of Chiropractic believe that these problems affect how the body functions via the nervous system. The basics of chiropractic heavily involve physical manipulation of the spine and neck. Chiropractors, those who practice chiropractic, are split into two different groups: The “Straights” which are more keen on unfounded beliefs and practices regarding chiropractic. The other group is otherwise known as “Mixers” are the more preferred group which believes in modern and conventional medicine such as massage therapy, exercise, and diet.

People who seek treatment for lower back pain, often go to chiropractors to relieve them of their chronic pain. Chiropractors also believe that spinal manipulation can alleviate a multitude of conditions such as bad posture, problems with appetite, headaches, and sleeping problems.It is a well-known fact that sleep affects people in a lot of ways. Getting enough sleep is healthy and good for the body while getting more or less sleeping hours is dangerous. With chiropractic, here are some good ways to improve sleeping habits.

Most people sleep on their backs. What a lot of them don’t know is that sleeping on one’s back can increase the risk of having sleep apnea. Sleep apnea is a dangerous condition where the body pauses to breathe which usually lasts for a minute to an hour in most extreme cases. Sleep apnea if left untreated, can cause high blood pressure, aneurysms, diabetes, heart disease, etc. Contrary to some beliefs, sleeping on your left side is an excellent way to prevent neck and back pain when waking up. Research believes that sleeping on the left can relieve heartburn. For pregnant mothers, the left side is also good because it significantly improves circulation, good for both the mom and baby inside the womb. Sleeping on the stomach is the worst possible position for a person to sleep. Although sleeping on one’s stomach can prevent sleep apnea and aid in digestion, the weight created by the body puts a lot of pressure on the spine. The lower back also gets a lot of that pressure and will eventually cause the neck to turn at such an unnatural angle. With the neck being in such a strange position for prolonged hours, the risk of spinal and neck injury significantly increase.

Part of a healthy lifestyle is getting enough exercise. Training enables the body to have a healthy circulation needed to help better itself. Exercise also helps build up the muscles of the body so that it can better contribute to supporting the body’s weight. Exercise should be during the day, where the body is still alert and active. Exercising before going to bed is bad because heat is retained in the body making you sweat. A fast heartbeat resulting from rigorous movement can also interfere with normal sleeping patterns.

Choose a bed that will adequately support the spine and the body. Make sure that the bed isn’t too soft, as it will bring the body down, forcing another strange position. Sleeping in these positions can cause a lot of problems such as neck and back pain. Another weird thing an improper bed does to a person is that it may cause them to snore. Snoring is done when the lungs make the tissues of the airway vibrate. These often result in a snort-like sleep during sleep. Snoring can affect a person’s breathing while he or she sleeps. Snoring is also a sign of impending diseases such as heart problems and diabetes.

Due to some decompression by spinal manipulation during chiropractic adjustments, people often find relief in their sleeping problems. A lot of them report that their sleeping habits are better after a session with their chiropractor.

Chiropractic and sleeping patterns come hand in hand when it comes to overall health. When a person has healthy habits coupled with regular sleeping hours, a healthy lifestyle is insured. A lot of benefits such as relief from heartburn and better circulation is just a few of what people can expect from sleeping in the right position and the right bed.

Rachel Minahan is a writer and a blogger. Although she is an interior designer by heart, her passion falls within writing. She particularly loves writing about health, lifestyle, food, and sleep. She often cites Beds Online as her reference when writing. In her free time, Rachel enjoys playing with her pet cat named Cookie. 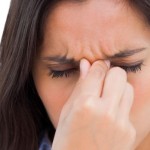 Pillow Advice From Your Chiropractor

Ways To Deal With Anxiety 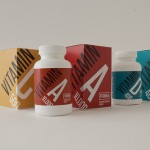