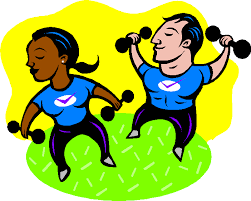 On a scientific level, an average woman has less lean muscle mass (LMM), which is approximately two-thirds lesser, as compared to a man. This is why an average man typically performs far better than a woman in activities that require strength and power due to the greater quantity of LMM in him, in addition to his bigger size and more prominent levels of strength.

Another interesting fact is the hyperextended elbow joint that is only seen among women. Due to the hyperextended joint system, the arms of a woman extend in a turned position thus making the elbows of a woman much closer to each other than in a man. Simply put, the arms of a woman tend to form an ‘X’, whereas the arms of a man are drawn up as parallel lines to each other stretching from the shoulders. It is believed that the angular, supinated position of the woman’s forearm to her upper arm can impede functioning in both flinging actions and movements needing maximum strength.

Statistics also prove that a greater number of men are relatively happy with the way they look and their weight as compared to women. This difference is seen to place a massive impact on why an individual works out and what exercise treatment is eventually attempted.

Another physical difference is that the heart and lungs of a man are far larger than those of a woman. The bigger heart capacity and lungs in a man result in higher stroke volumes and essential capabilities than those of women. More oxygen is pumped in the arterial blood of a man. This component is significant because of the changes of compensatory modifications in cardiac output. Since highest cardiac output is restrained, a woman cannot (relatively) compensate for the lower content of oxygen in the arterial blood. Due to this, the highest amount of oxygen that can be used up while exercising is lower in women than in men.

During strenuous physical workout, women have to raise their heart rate since the stroke volume and functioning are restrained by total blood volume. Hence for a given workload, the average woman is mainly functioning at a level nearer to her utmost capability than the average man, and is likely to get exhausted faster.

Since women have a comparatively lengthier torso and shorter legs, the weight is staggered in the lower parts of the body, than among men and hence women tend to amass fat on the waist, arms and thighs whereas men tend to collect fat mainly on the abdomen, chest and back. Hence it is seen that the female centre of gravitational force is lower than that of men. Some of the chief benefits of having a lower sense of gravitational force are that women have a better sense of balance, a feature that can affect functioning in a number of physical actions.

Temperature can become a restrictive factor in physical functioning, which is why it is important that both men and women develop their own methods of dealing with rising temperature. Research indicates that women have a higher body temperature at rest, lesser number of sweat glands, lower sweat yield and a tendency to begin sweating at higher temperatures than men. In addition, the larger amount of adipose tissue in women works as an insulating material and suppresses heat dissipation. The significance of these fluctuations is that women have less endurance to heat than men. Therefore, women are more subject to heat-stress than men and have to exercise comparatively much more than men to accomplish similar workloads under more soaring levels of heat circumstances.

All elements taken into account, some of the features can hinder a woman’s ability to perform physical activities such as running and jumping, at par with men.

This article is published by Karishma, a guest blogger, passionate towards echo friendly lifestyle. She wrote this article on behalf of www.greencoffeeextractz.com , an online store that offers green coffee bean extract for weight loss seekers.